Inability to Taste Umami was Associated with Taste Function Declines, Which Resulted in Decreased Interest in Meals 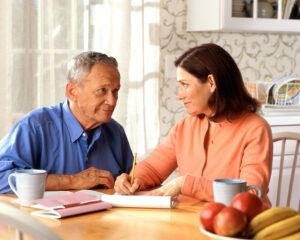 Patients with Alzheimer’s disease dementia (ADD) are thought to exhibit taste disorders, yet research on this topic is not extensive. A new study, published in the March 2020 issue of BMC Neurology, has found that patients with Alzheimer’s disease and even with mild cognitive impairment had reduced taste function and some could not recognize the umami taste (the fifth taste) even at high concentrations.

Researchers affiliated with the Department of Biological Regulation, School of Health Science, Faculty of Medicine, at Tottori University in Japan, investigated gustatory functions and factors affecting taste in patients with ADD or mild cognitive impairment (MCI) and in non-demented controls. The researchers evaluated associations between cognitive impairment and gustatory functions and confirmed taste function declines in patients with ADD. These taste function declines were not related to salivation, serum zinc levels, nor prescription drugs. 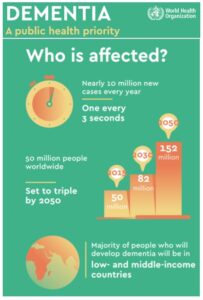 Of most interest is the fact that many of the study subjects with Alzheimer’s or even mild cognitive impairment were not able to recognize umami, which was directly associated with their decreased interest in meals. This finding is consistent with other research that shows umami could be beneficial for overall nutrition in the elderly.

A previous study, published in the February 2019 issue of the European Journal of Clinical Nutrition (EJCN), has found that monosodium glutamate (MSG) in foods may have a positive effect on cognitive function in people who suffer from dementia.

In the EJCN study, researchers at the Tottori University’s School of Health Science in Japan split study participants into two groups, based on whether they consumed MSG. This was a single-blind, placebo-controlled trial involving 159 subjects with dementia who were residing in a hospital or nursing home.

The researchers found that study participants who consumed MSG daily had slight improvements in memory. For example, they were able to recall more words in the tests and found it much easier to tell the time.

The researchers were unable to explain why MSG may have this positive effect on memory, but they mentioned it could be because it improves the absorption of zinc. The researchers noted, “Although we cannot make a clear conclusion, taste bud regeneration in response to increased zinc absorption during the MSG intake period might have appeared as a sustained effect even after MSG discontinuation.” 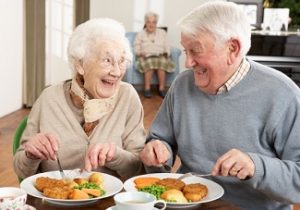 The researchers stated, in conclusion “our results suggest that continued ingestion of MSG has an effect on cognitive function,” noting that subjects in the MSG group exhibited improved cognitive function at a follow-up four weeks after the intervention period.

This study adds to the literature on how various foods may possibly decrease the effects of dementia, but is very preliminary. For example, the researchers noted that future research should attempt to standardize the amount and content of meals. Future studies with regard to the effects of dietary therapy on treating dementia can be expected, and the role of MSG is certain to be explored further.

The full published studies can be accessed here:

Other recent research has found that the ability to taste umami in food could be beneficial for general overall health, particularly in elderly people. Read about this study, in which taste tests revealed that the elderly patients who had lost their taste for umami also complained of appetite and weight loss.

A similar study investigating nutrition for the elderly found that adding seasonings and sauces to the meals of elderly people may be beneficial in increasing the food intake of older people as well as promoting overall improvements in nutrition for the elderly. Many of the sauces and seasonings used in this study contained either monosodium glutamate (MSG) or glutamate-rich ingredients such as sun-dried tomatoes or mushrooms and were added to a meal consisting of chicken, vegetables and mashed potatoes.

Related information: The Role of Umami Taste in Promoting Healthy and Balanced Diets