What is umami? What is it for? Where is it located? Discovered in Japan last century, its name means “delight” and is delicate, soft and subtle. It adds to the sweet, sour, salty and bitter that we all know.

It is a very tenuous taste that extends through the tongue, tends to last longer than other tastes and makes us salivate for longer. It has been more than a century since the umami taste was discovered in Japan, but this flavor is now catching the attention of great chefs and food experts.

What is umami? It is a delicate, soft and subtle flavor, which extends through the tongue, covering it completely, and that is persistent and “makes mouth water”. This is how some prestigious chefs who have experienced and recognized umami describe its characteristics.

Umami is the fifth flavor, which adds to sweet, sour, salty and bitter, which cannot be created by mixing other flavors and are known as the basic or primary flavors, according to the Umami Information Center (UIC), dedicated to promoting the dissemination of umami worldwide.

“In 1908, Professor Kikunae Ikeda, a scientist at Tokyo Imperial University (now Tokyo University) identified the” fifth taste “component as glutamate, an amino acid that is found in large amounts in kombu algae and named this taste Umami,” reports to Efe, Mio Kuriwaki in charge of the UIC Secretariat.

The word umami is Japanese and in that language the expression “to have umami” (or “umai”) can mean “taste” and “delight” according to the UIC (www.umamiinfo.com), based in Tokyo.

Glutamate and Two Other Key Substances 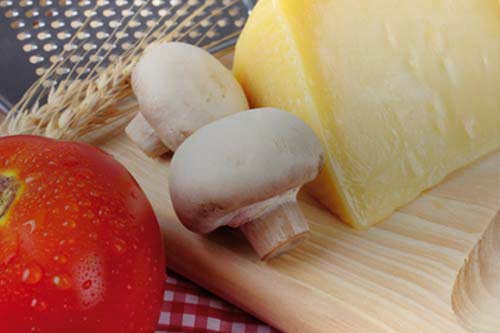 Glutamate is present in a variety of foods including meat, fish and vegetables, while inosinate is found in generous amounts in animal foods such as meat and fish, and guanylate is abundantly contained in products based on dried mushrooms, such as dried shiitake mushroom, according to this same source.

“The umami component increases as a result of maturation and fermentation processes. Thus, for example, soy sauce and other fermented cereal-based condiments; fish sauces such as the nam nam of Thailand, and the nuoc mam from Vietnam; and cheeses, are excellent sources of umami,” adds Kuriwaki.

According to the UIC, umami is important for newborns, since breast milk is rich in glutamate, which is also contained in the amniotic fluid, making umami a familiar taste even before birth. Umami functions as a signal of amino acids and nucleotides, and “tells” us when a food contains proteins, an essential nutrient for survival, according to the UIC.

“When food enters the stomach, and the receptors in this organ detect a umami substance (such as glutamate), that information is transmitted through the vagus nerve to the brain, which in turn transmits a message to the stomach that causes the digestion and protein absorption, “according to this center.

Consulted about the fact that it is usually associated with or identified to monosodium glutamate with umami flavor, Dr. Ana San Gabriel, in charge of the Secretariat of the International Glutamate Information Service (IGIS) explains to EFE that “they are the same”.

“What is umami? Umami is the taste of monosodium glutamate or MSG, which is a salt of sodium with glutamate,” according to this Spanish researcher based in Japan and doctor of veterinary medicine, Master in nutrition and representative of scientific issues of the IGIS (www.glutamate.org), the Japanese [actually International] center providing scientific information on MSG.

“Glutamate gives umami taste and sodium taste salty. They dissolve in the mouth or in the food just like the salt and we detect it in the taste buds of the tongue,” she says.

Dr. San Gabriel confirms to EFE the existence of other substances or extracts of culinary or commercial use that are characterized by the umami flavor, in addition to MSG. “There are other substances that enhance the taste of glutamate. Glutamate is a common amino acid in all animal and plant proteins, and these other compounds are called ribonucleotides and are usually found in meat or dried mushrooms,” says the researcher.

Another way to increase umami, according to San Gabriel, is through the process of hydrolyzing proteins, which releases glutamate from proteins and can be made naturally when we ferment legumes, fish, meat or milk, to produce fish or soybean sauces, cured meats or cheeses.

“Industrially hydrolyzed protein preparations can be made to achieve the same effect or use yeast extracts that are rich in umami compounds,” she continues. “Either is done naturally or industrially, the result is the same: the amount of umami compounds is increased and, of course, glutamate is glutamate, from protein or monosodium glutamate,” says the IGIS spokesperson.

On the other hand, San Gabriel explains that numerous investigations on food safety and the usefulness of monosodium glutamate have been rigorously evaluated by scientific committees of FAO / WHO, EU, US FDA and Japan, as well as several governments as in Australia, New Zealand and Germany.

“The most recent review of MSG concluded that” the general use of glutamate salts as a food additive may be considered harmless,” confirms the expert.

On how to taste the umami flavor, the expert comments to EFE: “Umami is a very tenuous taste that extends all over the surface of the tongue. It tends to last longer than other tastes and, therefore, makes us salivate for a longer time. This is the taste of tomatoes, broths of meats and fish, cheeses and cured meats.” She explains that when dishes are very salty or fatty it is difficult to identify it “because both mask umami”. In those cases “if umami is present, sometimes we are not aware of it, especially in complex recipes with numerous ingredients such as paella or chicken soup. But if there is not enough umami we realize that something is missing,” stresses San Gabriel.

One of the best ways to experience umami is to try very thin slices of Iberian ham for about two years of curing, according to this expert. “The first taste we feel when we put it in the mouth is salty, with a pronounced initial accent that passes quickly. Then we will realize the fatty and tender texture of the meat and some bitter tones, “she continues.

“Umami is the final sensation that is accentuated when other tastes and feelings disappear. It covers the entire surface of the tongue and lasts for a long time. Some have described the feeling as a thin covering of the tongue,” she explains.

Note: the original Spanish version of this news article can be read here.