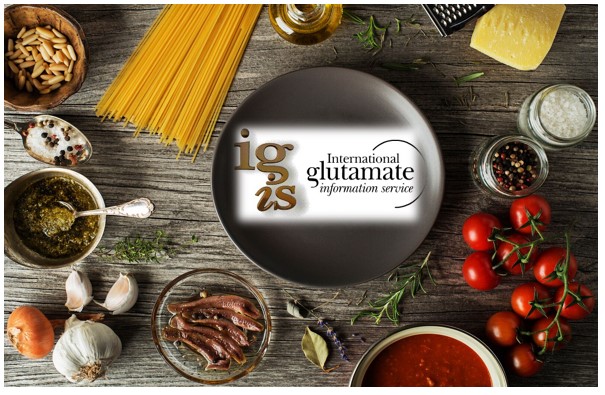 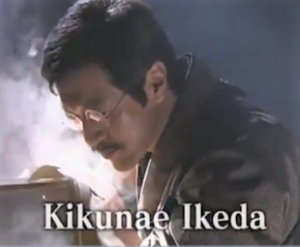 The discovery of Umami Seasoning is commemorated every year on July 25th, which is the day Professor Kikunae Ikeda of Tokyo Imperial University way back in 1908 submitted his patent application for the mass production of umami seasoning. Professor Ikeda started his experiments to identify the source of the distinctive “savory” taste. He found that glutamate (which he first identified in kelp) had a distinctive taste, different from sweet, sour, bitter and salty, and he named this taste “umami”. He was the first inventor who developed a process to produce a pure umami seasoning, that ended up being known by its chemical composition, monosodium glutamate or MSG.

As most of us are stranded in our countries, IGIS prepared this virtual webinar commemorating this year’s Umami Seasoning Day. The webinar featured two 20-minute presentations from experts on Professor Kikunae Ikeda and the invention of the umami seasoning MSG. 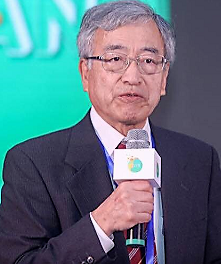 Dr. Yamamoto was a Professor at Osaka University until 2007 and he is now a Professor at Department of Nutrition, Kio University, and also Director of Health Science Institute of Kio University in Nara, Japan. He was President of Japanese Association for the Study of Taste and Smell from 2000 to 2006 and served as the President for the 14th International Symposium on Olfaction and Taste held in Kyoto in 2004. He is now Chairman of Umami Information Center, Tokyo (since 2014~). His research topics are behavioral and brain mechanisms of taste and feeding behavior. 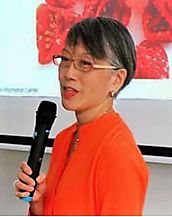 Dr. Ninomiya graduated in chemistry at the Graduate School of Sophia University. For her doctorate degree, she studied at the Graduate School of Biosphere Science in Hiroshima University how the cooking method affects the content of umami substances in Japanese and Western soup stocks. She is an expert on umami taste and has been dedicated to the dissemination of accurate information on umami taste. Since 2006 she has served as Director of the Umami Information Center, a non-profit organization whose mission is to spread worldwide correct information on umami taste.

SOME QUESTIONS THAT WERE DISCUSSED:

Dr. Takashi Yamamoto explained that MSG delivers a dual function — while providing umami, MSG also elicits a flavor-enhancing action. Although umami does not seem to be an innately pleasant taste the first time it is tasted by itself (when combined with food it is more appetizing), Professor Yamamoto clarified that once umami becomes associated with pleasantness (the meaty or savory taste) it becomes a preferred taste.

During the webinar, it was noted that the stay of Professor Kikunae Ikeda at Wilhelm Ostwald’s laboratory in Leipzig was a key event for his later discovery of umami and the patent for the industrial production of the first umami seasoning. His motivation was to improve the nutrition of Japanese people by improving the taste of good foods.

Professor Yamamoto explained that monosodium glutamate (MSG) not only imparts the basic taste of umami but also enhances the flavor of certain foods. If the taste of MSG is not appetizing by itself, it makes foods taste better, especially since humans have learned to associate umami with pleasantness; and this could be because MSG has unique flavor characteristics that have been described as thickness, continuity, mouth-fullness, mildness, and impact. Although umami receptors are found on the tongue, the mechanism for the flavor-enhancing properties is not yet clear.

Dr. Ninomiya noted that Professor Ikeda discovered umami because he was prepared. Ikeda was looking for the taste he had experienced since childhood and succeeded where other researchers failed because he was paying attention. But fellow chemists from other countries could not value his discovery because their food culture was different, and they had not experienced pure umami taste. The historical review that Ninomiya presented about soup stocks was a clear example of the great influence that food culture had at that time on the development of the first seasonings. Among those seasonings, from Liebig beef extract, Bovril, Maggi, to Marmite, all had complex flavors founded on soup stocks prepared from meats and vegetables, whereas MSG was inspired based on the simple umami taste of konbu broth.

The presenters stated that unproven claims against MSG over the years have made it obvious that many of those misconceptions are still due to differences in food culture.

Please let us know of your interest in obtaining the presentations from the Umami Seasoning Day Webinar – email to: glutamate.info@gmail.com.

And if you are interested in viewing the recorded webinar you can watch it on the IGIS YouTube Channel, here.

Webinar participants were delighted to be given two unique recipes showcasing the umami taste, thanks to the Japan Umami Seasoning Association (UMAJ). UMAJ sponsors annual festivities on Umami Seasoning Day (here is a summary of the 2019 festivities). 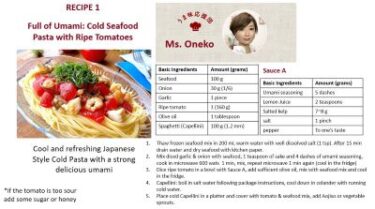 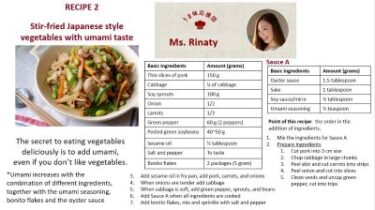